This style of lettering was most common in the 1930s–50s, but regularly used up to the 1980s. It’s typified by a simple, almost modular construction of even strokes and rounded corners on a rectangular grid (think pipes!). American signpainters called the standby style “gas-pipe”, and it was a speedy way to get clean, simple letters up on a board or wall. The shapes are easy to learn and quick to produce and space. Flat- or round-topped ‘A’, ‘M’, and ‘N’s are common. Sometimes strokes end at a jaunty angle, but usually these alphabets are fairly straightforward throughout. 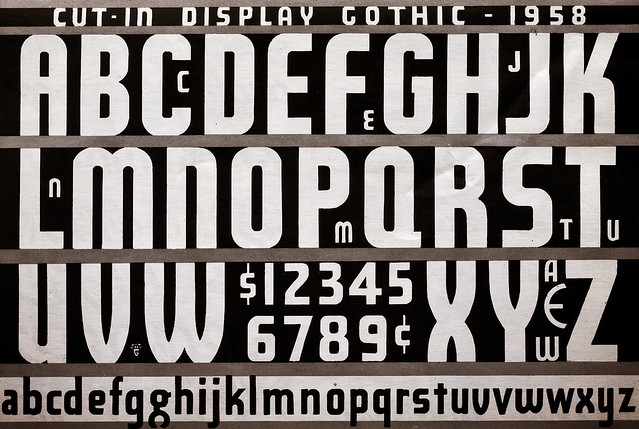 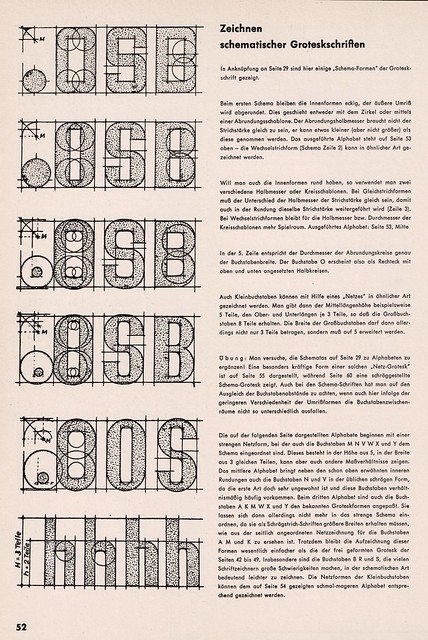 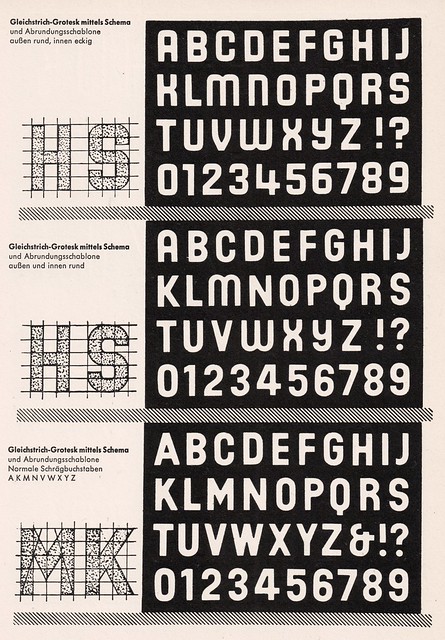